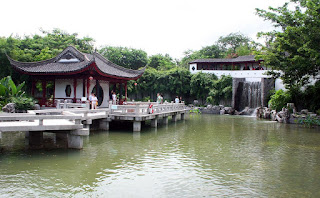 Based in Dallas, Texas, David T. Ball regularly travels on business and for pleasure, while maintaining an active presence in the Dallas-Fort Worth community. Among David T. Ball’s favorite destinations are the ancient temples of India and Bali, as well as the cosmopolitan sights of Hong Kong.

One of the most unique sights in Hong Kong is the Kowloon Walled City Park, which sits on what was initially a Chinese military fort in the Sung Dynasty, focused on control of the salt trade. By the late 19th century, with the British taking control of Hong Kong, a garrison town was erected on the spot that housed Chinese soldiers and their families.

With sovereignty a major sticking point, the enclave was claimed by China, even as Hong Kong became a colony of Great Britain. During the area's Japanese occupation the wall that defined the site was demolished, and after World War II Chinese refugees poured in, with the population rising to 10,000 on the lawless 6.4-acre site. The number of inhabitants ultimately rose to 33,000, as makeshift high-rises were erected.

With sanitary conditions and quality of life ever-present challenges, the Walled City was razed in 1993 and replaced by a lush park that includes spots such as the Garden of the Chinese Zodiacs and the Chess Garden. A touch of the past remains within its grounds, as the remnants of the South Gate have been preserved.
Posted by David T. Ball at 3:08 PM No comments:

The Traditional Role of Camels in UAE Society 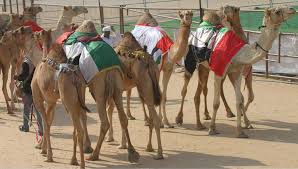 A longtime resident of Texas, David T. Ball took part in Urban Dare, a local Dallas version of Amazing Race, for two consecutive years. Also passionate about travel, David T. Ball has explored locales around the world including Dubai and Abu Dhabi. While in the Middle East, he had the memorable experience of riding on a camel. The United Arab Emirates (UAE) has a long history of camel husbandry, with the animal traditionally used for transport and as a source of milk and food. Camels were provided as a part of the dowry among Bedouin tribes and were also acceptable as payment of Zakat, or the annual payment that those within the Muslim culture provide to those who are needy. Within Arabic culture, camels take different names as they progress through the years with a 1-year-old camel known as Hewar and a 2-year-old called Fateem. This naming system progresses up through 6 years old. At this point, the adult male camel is called Baeer and the female adult is called Nagah.While some ancient customs survive among Bedouin, including ritual camel sacrifice at festival times, the main cultural role of the camel in modern UAE society is for racing. A major pastime in the country, it is conducted under the patronage of the royal family.
Posted by David T. Ball at 2:53 PM No comments:

View my complete profile
A longtime resident of Dallas, Texas, David T. Ball plays an active role in the local community. For five consecutive years, he has volunteered his time to raise funds for cancer research through the Dallas Crawl for Cancer. David T. Ball also competed three times in Urban Dare Dallas, a live local version of the popular CBS television program The Amazing Race. In addition to winning the event in 2014, he placed seventh in 2013 and second in 2015. He earned his first- and second-place finishes with his great friend and roommate, James Hansen, as his teammate.
David T. Ball is also a frequent traveler for both business and pleasure. His vacation experiences over the years have ranged from visiting the Taj Mahal to riding a camel and off-roading in the desert. One of his most memorable trips came in 2015, when he visited Dubai, Abu Dhabi, and four different cities in India.